The main individual weapons of the French paras. Part 5

The fusil-mitrailleur modèle 1924 M29 was the standard light machine gun of the French Army from 1925 until the 1950s. His overall features were a folding bipod, an in-line stock, a pistol grip and a top-mounted 25-round detachable magazine. It has two separate triggers: the trigger in front for using semi-automatic fire only and the rear trigger for firing on full automatic.  Protection of all the openings against mud and dust was excellent. 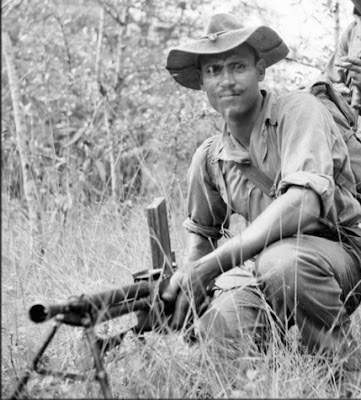 The cyclic rate was 450 rounds per minute. In general, it was a robust, accurate and reliable weapon, but the barrel was screwed well into the receiver, as in the Browning Automatic Rifle (BAR), and thus it could not be separated quickly and easily in the field as for the British Bren gun. To overcome this problem, the French instruction manual recommends the following routine for the FM 1924 M29: fire 4 to 5 detachable magazines (100 to 125 rounds) then take a short pause, then keep repeating that same restrained fire plus short pause routine which permits steady performance and very extensive firing periods. 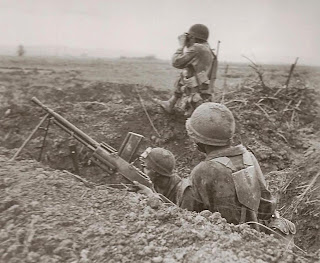 The FM 24/29 was the workhorse in the First Indochina War and served in the French armed forces until after the end of the war in Algeria. 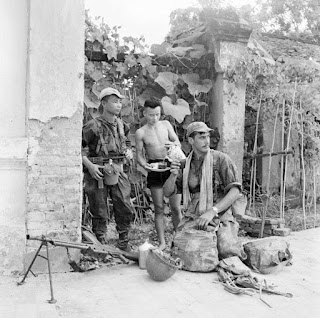