Some armor reinforcement for the French - Part 3

Starting in 1950, the French will deploy LVT4 for the transport of troops and LVT(A)4 in the support role. 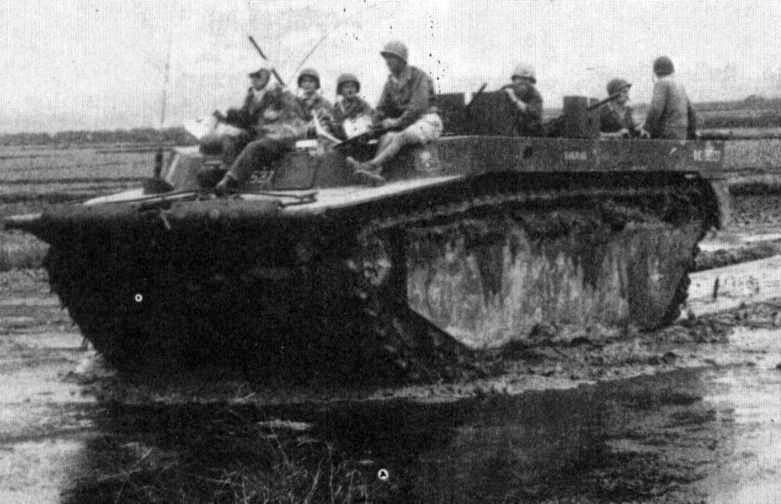 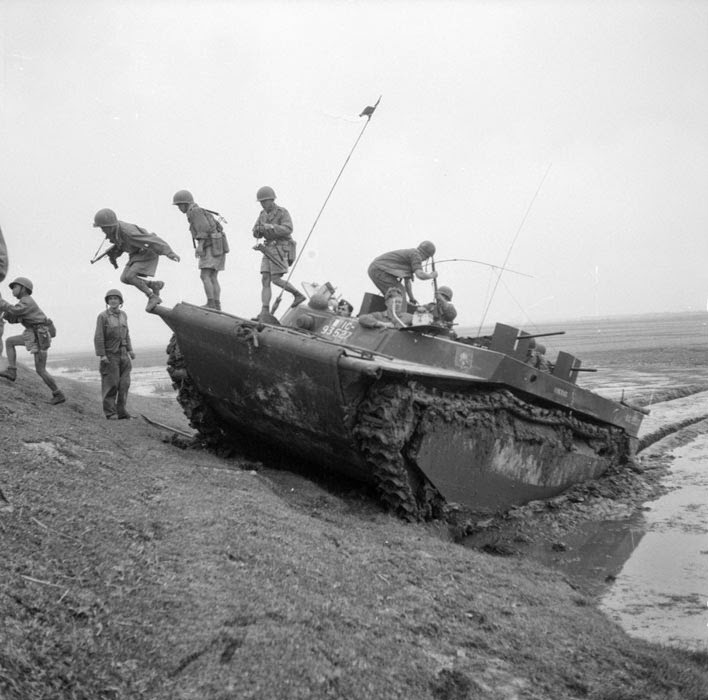 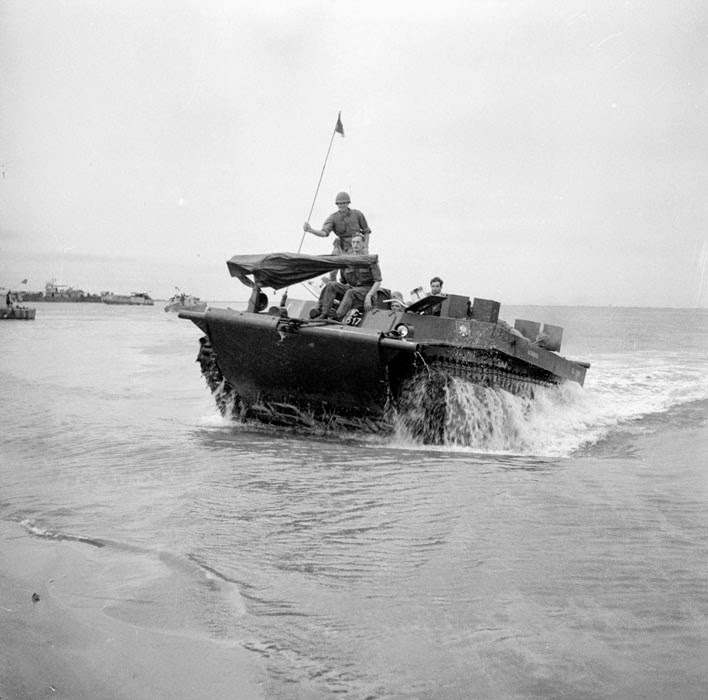 Nicknamed « Alligator » the LVTs proved to be ideally suited to operations in Indochina, particularly in delta regions. They provided waterborne transport in deep water and good mobility on the murky soil of rice-paddies and riverbanks. They were formed into amphibious units comprised of machine-gun armed Crabs (M29 Weasel), LVT4 Alligator armed of machine-guns, recoilless gun, mortar and even 40mm Bofor gun and LVT(A)4 armed with a 75mm howitzer in open turret. Most of the vehicles also received add-on armor and shields as the basic armoring was very light. Nevertheless the protection from the flanks and rear remained poor. 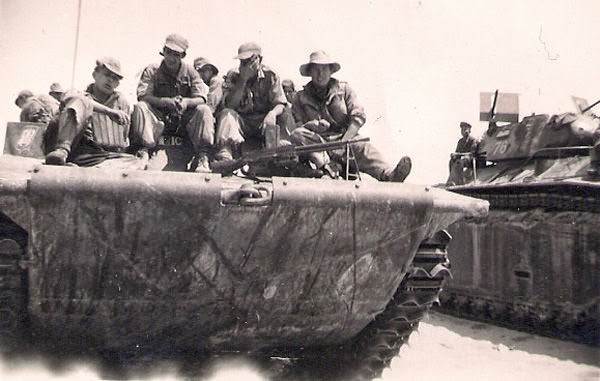 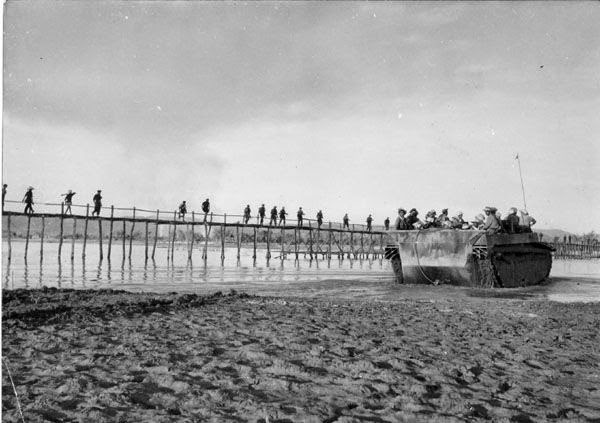 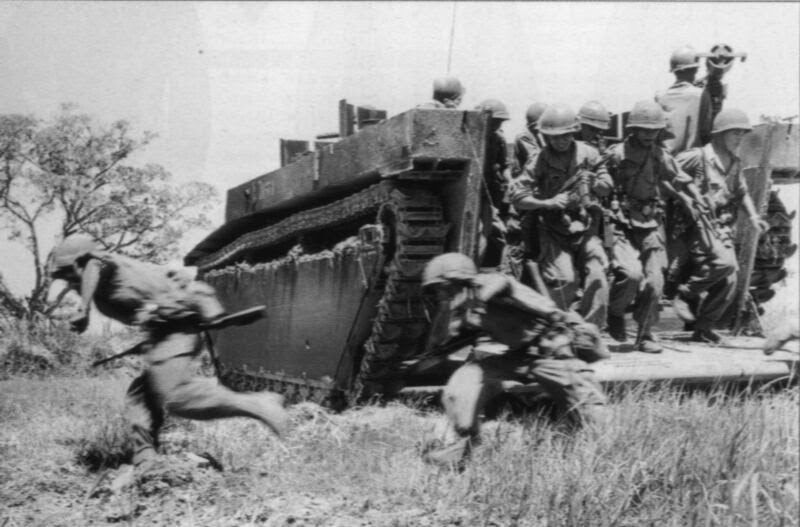 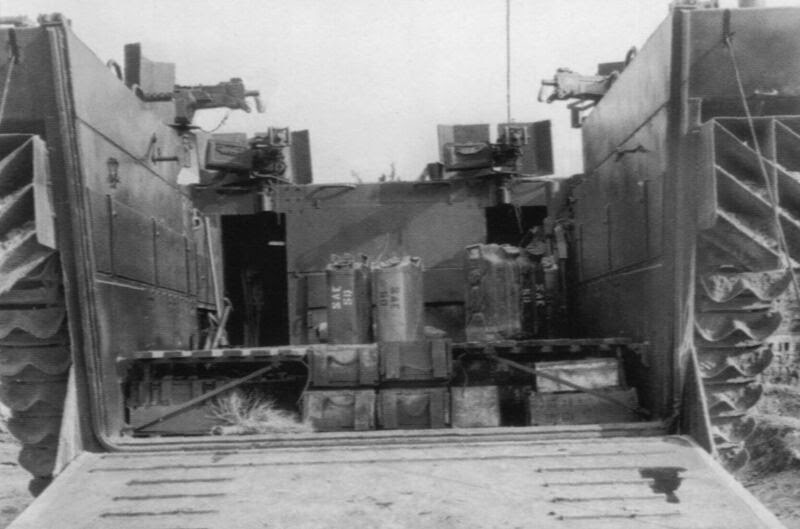 A LVT troop was normally constitued, under the command of a Captain, of 10 vehicles, with 1 for the command, 6 for transport, 2 LVT(A)4 with howitzer and 1 for recovery equipped with towing material. Each of the 6 transport vehicles was able to carry half a platoon, namely 15 men in addition to his crew of  6.


Below some LVT(A)4 with 75mm howitzer 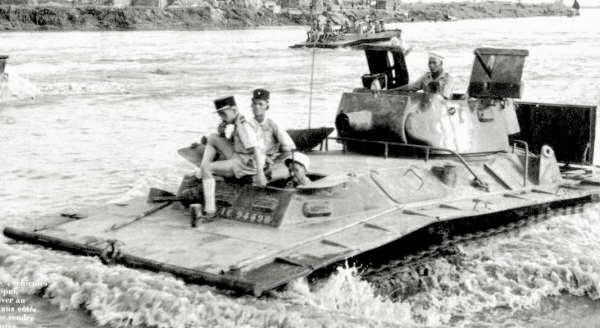 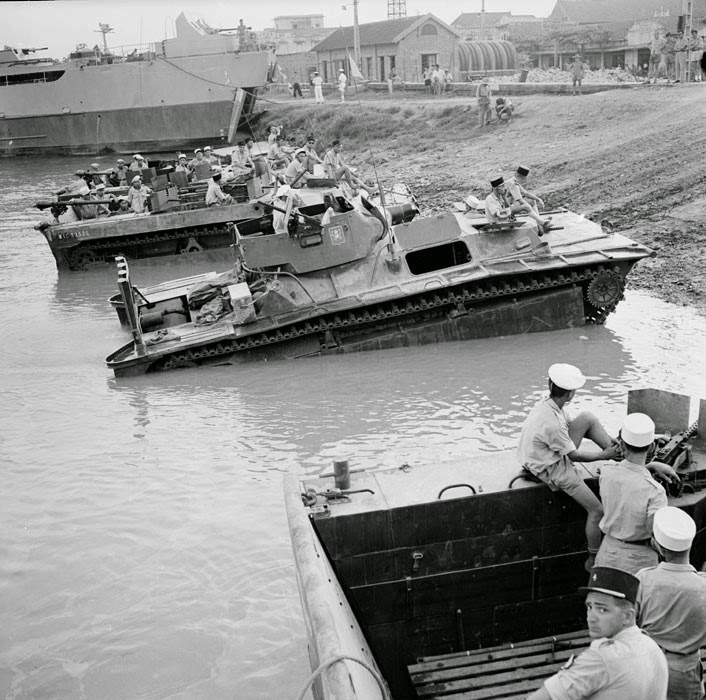 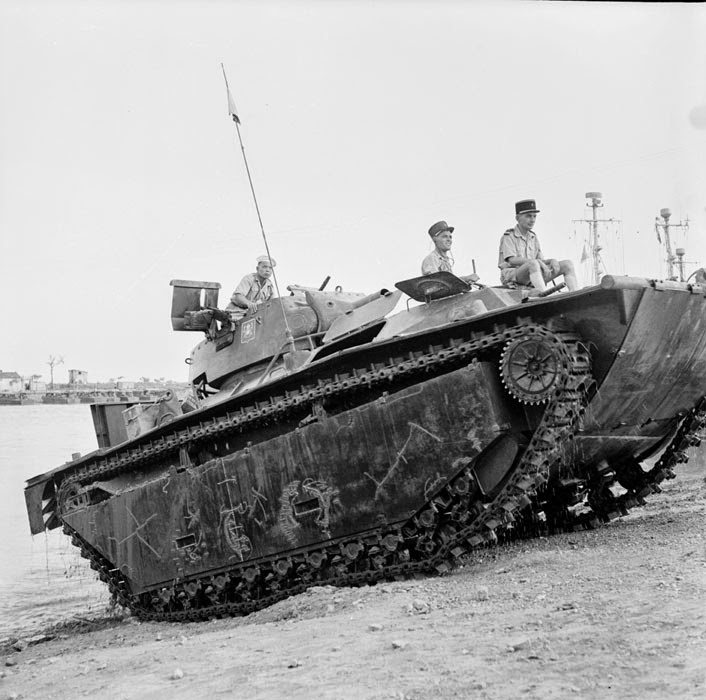 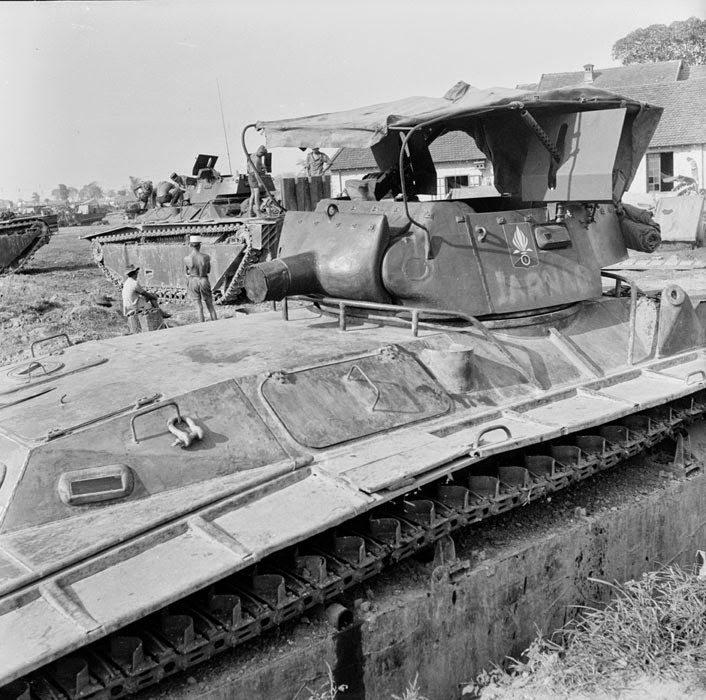 and some with 40mm Bofor gun 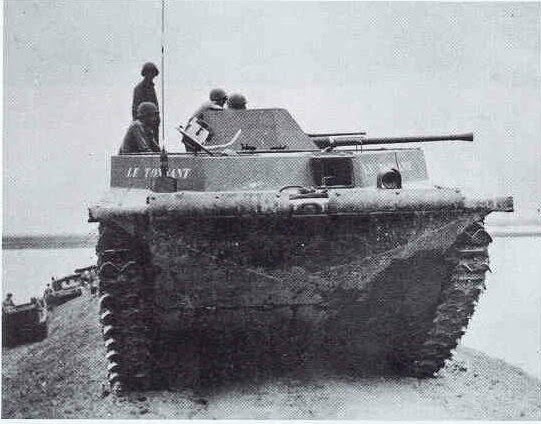 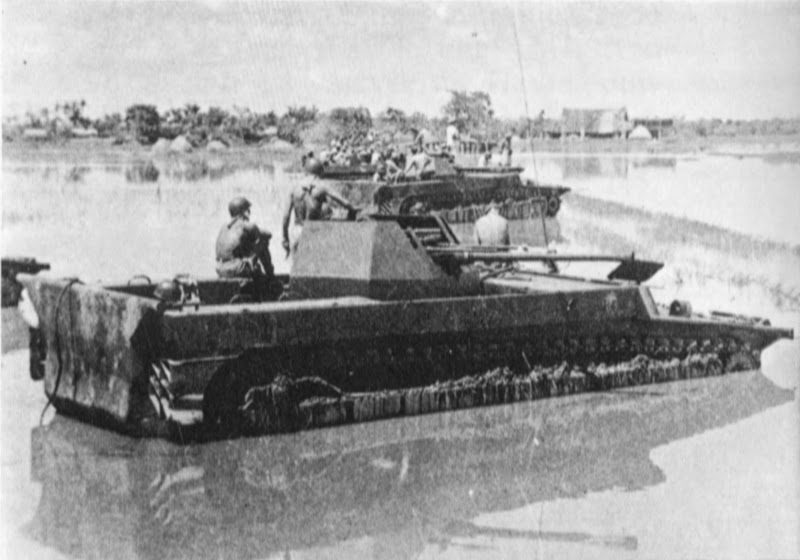 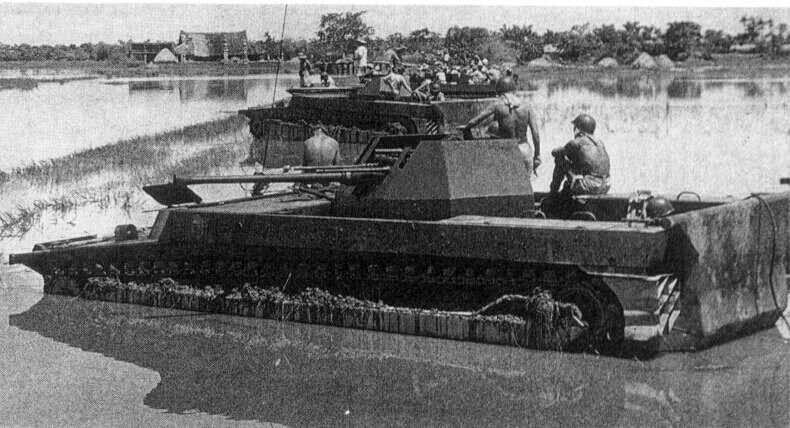 I have made few additions to the very nice Warlord model, mostly giving it more firepower and adapting some figures to give life to the vehicle. 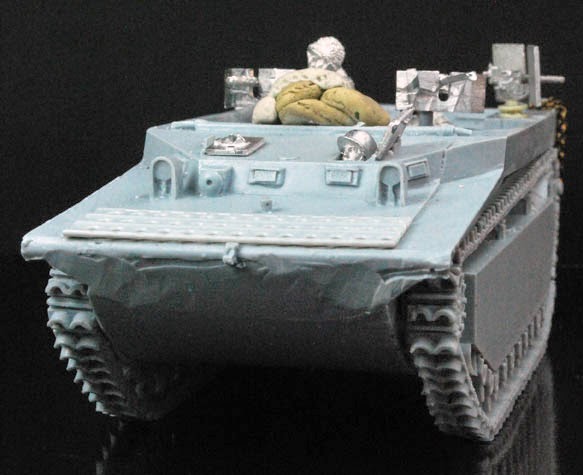 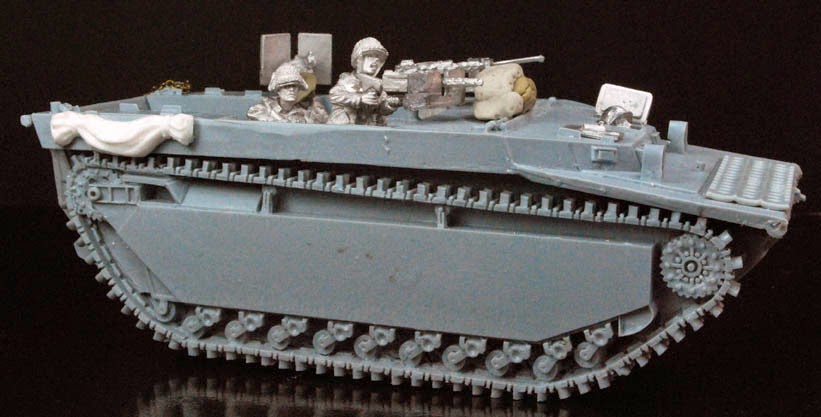 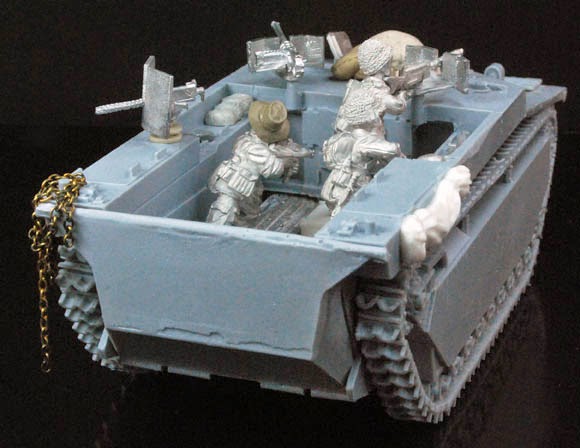 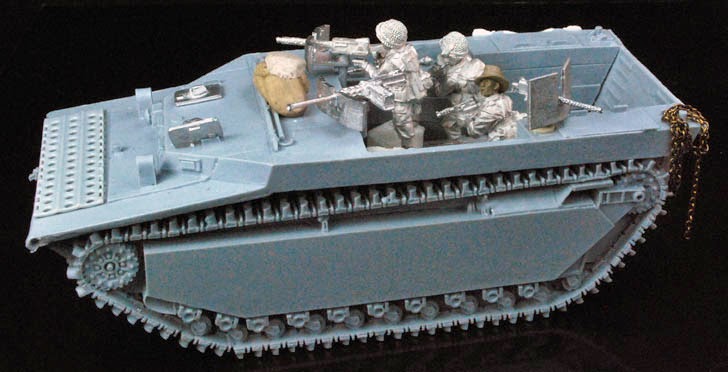 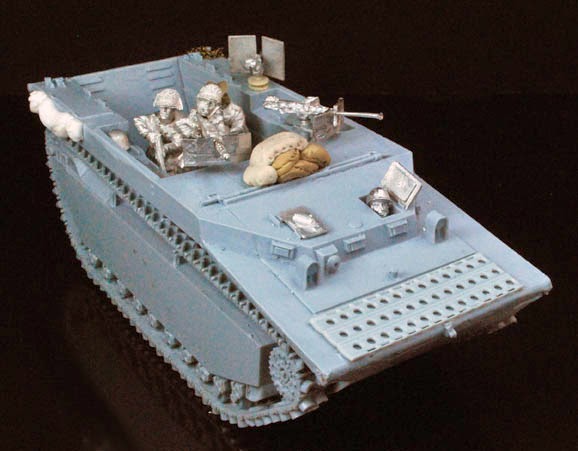 And now on to the painting...