The main individuals weapons of the French paras. Part 1

MAS-36/CR39 Paratrooper Rifle
Developed in 1939 from the new French standard infantry rifle the MAS-36, the MAS-36/CR39 was a shortened, lightened and streamlined version of the latter. The new aluminium folding stock swings up against the rifle’s receiver with a recess allowing it to hug the rifles contours and possess an auto-winding leather strap that is wound inside the stock once the rifle is folded. With the stock folded the CR39 was just 62cm long while a full length MAS-36 was over 100cm long. 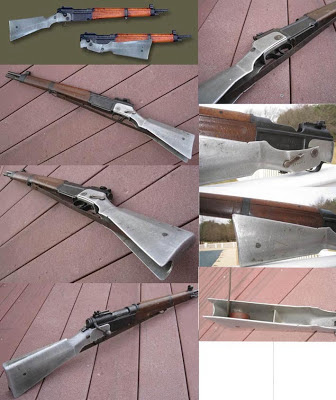 As the MAS-36 was already a very short weapon, by shortening it further the effect of recoil was increased.  Additionally the single bolt hinge was susceptible to fatigue and, with time, can be very difficult to use. 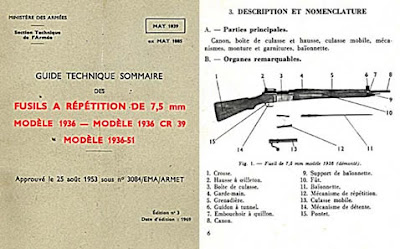 Not used during WW2, the CR39 did however see extensive service during France’s post war colonial conflicts in both Indochina War and Algeria. 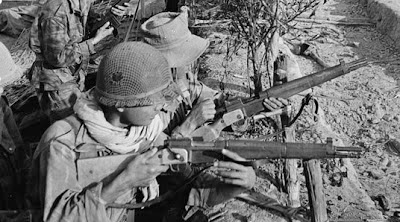