The main individuals weapons of the French paras. Part 2

Developed by the French arms factory Manufacture Nationale d'Armes de Tulle (MAT) and first produced in 1949, the MAT-49 submachine gun saw widespread combat use during the First Indochina War and the Algerian War, notably with the paratroopers.

The MAT-49 had a retractable wire stock, which when extended gave the weapon a length of 720mm, and the magazine well and magazine could be folded forward parallel to the barrel for parachute jump. 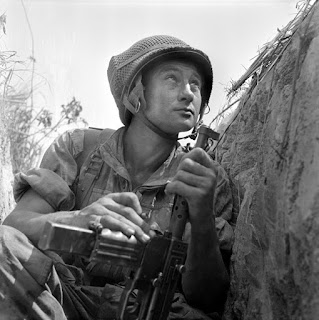 It fires a 9mm cartridge, using a single-column 20-round or 32-round magazine. 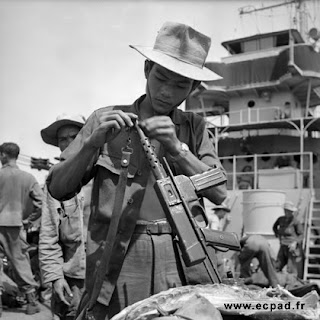