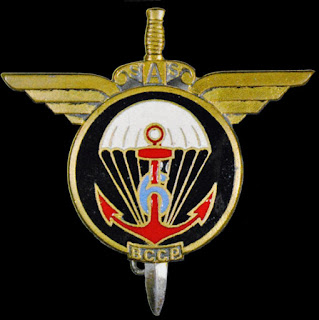 The famous "Bigeard bataillon", from the name of his illustrious leader, the "Chef de Bataillon" (Commandant) Marcel Bigeard (1916-2010).


The battalion arrived in Indochina on 25/07/1952. From August 12 to October 7, it operate in the Vinh-Yen and Phuc-Yen sectors in the proximity of Hanoï. On October 16 it is airdropped in Thaï country in the Tu-Lé region. After some heavy fighting and a withdrawal toward Na-San, it is recovered on October 26. On December 27, it is again airdropped in the Thaï country, this time in the Ban-Som region and make a number of raids from Na-San.

From April 30 to May 23 1953, the battalion is engaged in the defense of Luang-Prabang, the capital of Laos. From July 17 to 20, it leads, with 8e BPC, the famous Operation "Hirondelle" (Swallow), a daring raid on Lang-Son, in the heart of Vietminh territory. Many caches of weapons and equipment are seized and destroyed, followed by an epic retreat by foot through the jungle to the French lines. 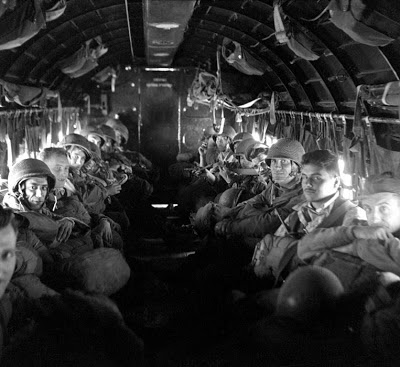 From August 28 to October 21, the 6e BPC conducted local operations in the sectors of Nam-Dinh, Phu-Ly and Phat-Diem.

On November 20 1953, in Operation "Castor" (Beaver), the battalion is airdropped on Dien Bien Phu, seizing, in short but violent fight, the zone of the future entrenched camp.


Back in Hanoï, the unit is airlifted on Seno on December 30, fighting in the region until February 19 1954. 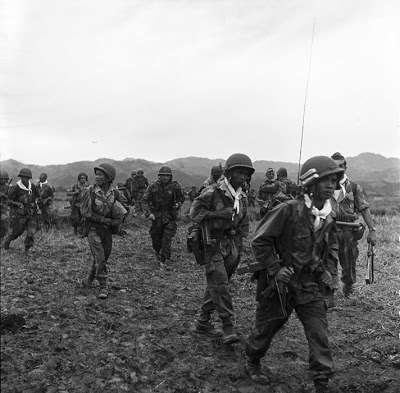 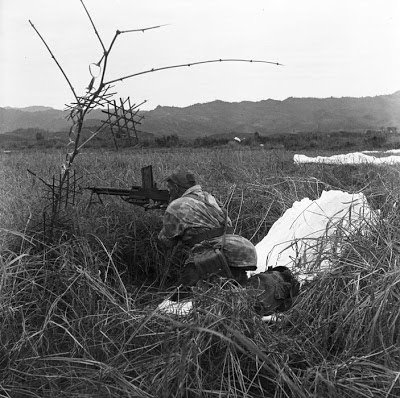 On March 16 1954, the 6e BPC is again airdropped on Dien Bien Phu, in the middle of a worsening situation. There, it will fight to the end, disappearing in violent and chaotic combats on Eliane 10 in the night of May 6-7. The survivors will go in a terrible detention from which few will come back. 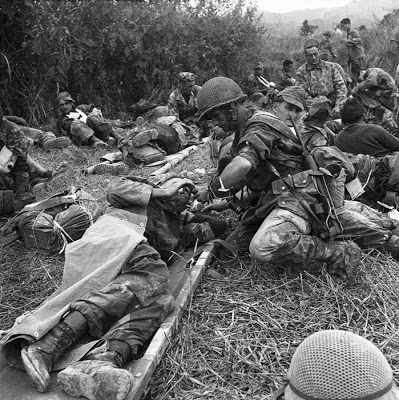